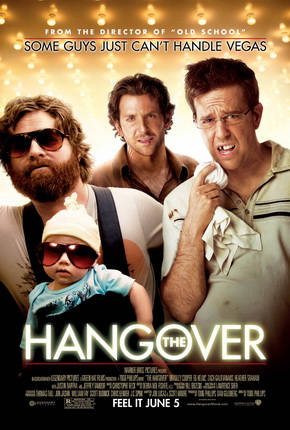 The Hangover
In the last few years, there have seemed to be many more comedies with buddies. The Hangover was made in 2009 by Todd Phillips. It became a surprise sensation at the box office and now has two sequels. This movie is a excellent comedy. The movie is about three childhood friends that are now in their 30s on their way to Las Vegas for one of the friends bachelor party. Going with them is one of their friends childlike, unpredictable future brother-in-law. This character is played hysterically. Things of course do not go as planned once they get to Vegas, and after partying very hard the first night there, one of the friends get lost. So the other three have to spend the weekend trying to find their friend. The events that follow are hilarious. The lead performances are outstanding. 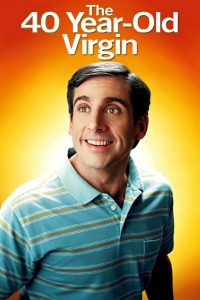 The 40 Year Old Virgin
This movie was made in 2005. It is vulgar and sexist, but very, very funny. It is about a geeky middle-aged man who lives alone, watches video games and collects action figures. He does not have any friends but he seems to be content with life. The one thing he has against himself though is that he is still a virgin. Once the people that he works with find out, they decide to help him find someone to lose his virginity to. They end up seeming to be more obsessed with the situation than he does himself.. The improvisation between the characters is fantastic and they actors give a performance that is both funny and heartfelt. 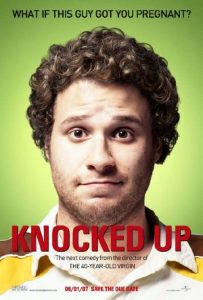 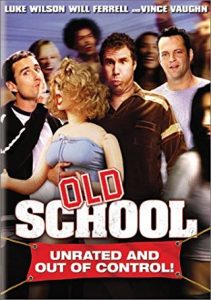 Old School
This movie was made in 2003. This movie is considered one of the very best comedies of the last 14 years. The movie centers around a 30-year-old lawyer who has just split up with his girlfriend because he caught her have an orgy. He ends up moving into a house near a college campus, with the help of one of his long-time friends, and, after having a huge party, he becomes very popular around the college campus, even though he is not even a student there. In the movie he and his friends eventually make a fraternity and pass many different academic courses. They do this so that he is able to still live there. This is truly one of the best comedies.

Anchorman: The Legend Of Ron Burgundy
This movie was made in 2004 and it is just a masterpiece. Some will say that it is overrated but there has not been a funnier film. When you first watch this movie it does not seem like it is a instant classic, but it just gets better and better every time you watch it. The film is set in the 1970’s in San Diego, and revolves around newsreader and local celebrity Ron Burgundy who is a fool. He and his colleagues rule the roost at the fictional KVWN Channel 4 News. They all behave in a sexist, egotistical manner at any and all times. Veronica Corningstone is hired, which upsets Burgundy and his friends, and now they have to deal with a female colleague working next to them all day every day. There is of course more to the movie than that, like Burgundy and Corningstone’s sexual relationship, but that is the main idea of how the movie goes. The humor is not always completely understandable but that is what makes it so hilarious, and the performances are absolutely amazing. Burgundy has become one of the all-time great comedy characters, and the way that Will Ferrell plays his part is one of the best things about this movie. No movie in the 21st century has more one-liners that people will always remember. Anchorman will always be spoken about as one of the greatest comedy films of its generation in so many years to come.